Back in Part I, I discussed my plans to build an Arduino microelectronic-controlled smoker, and the start of how I had to learn to even use and program the microcontroller itself. TinkerCAD was my savior, and I started to really get comfortable with it, so now was the time to see if I could interpret the schematic designed by Charles Hartley into something functional. 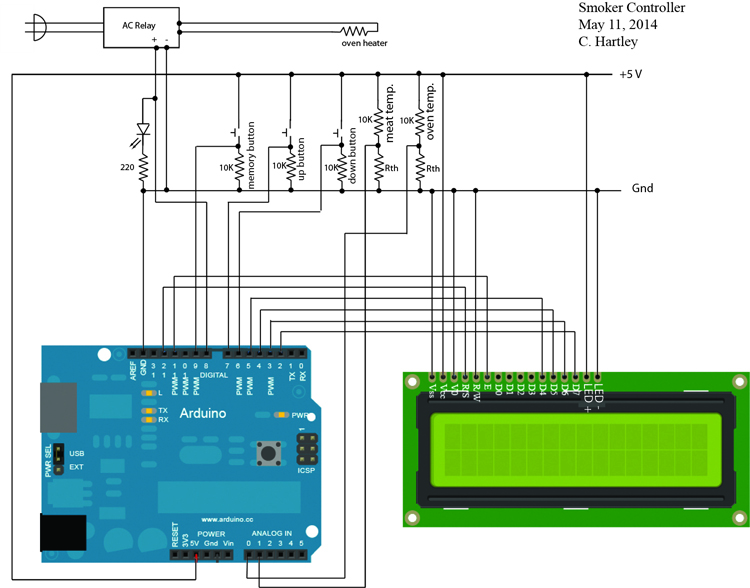 Again, let me state that I have NO training in reading, interpreting, or creating electrical schematic diagrams, so this was a new challenge. My background is in programming, so understanding the code was easy. Interpreting all these lines and symbols, not so much. Thankfully, I had some knowledge of basic icons for resistors and LEDs, and the provided schematic was very detailed in how the wiring should go. Everything else, like how to hook-up the breadboard prototype, was Greek to me.

I followed everything as best as I could, but had no idea how to work a relay, so I created another project to see if I could figure it out:

Once I had this working, it was time to put everything together in one project:

You can see that I don't have temperature probes in this. I had to use temperature sensors, as TinkerCAD doesn't provide the former. Also, they work in reverese in this project, but the overall idea still works.

Now, on to build the hardware!